I decided to go through a box by my stitching chair. I haven't gone through it for about six months and I wanted to see what was buried in there. I was looking for a piece of fabric that was for a couple of club charts that came in the mail. I didn't find it. I hate when I can't find stuff. I was also looking for a possible new start. I signed up for some classes last year but they were cancelled. So I wrote the designer and asked if I could buy the class kits. She said yes! I received those kits and want to start one. I've hooped up the pattern. 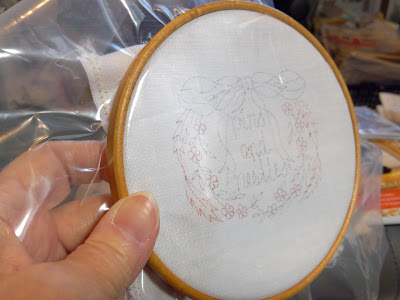 The directions say to put a piece of plastic over the design and cut a hole in the plastic so you can stitch and keep the rest of the design clean. Why am I afraid to start? If I were in class, I would start, no problem.

I also pre-ordered a book from Inspirations. 12 designers were asked to design a pin cushion. Their designs are being put in a book. It will be available in October. This says volume 1, maybe there will be more volumes. The Inspirations Studios site shows the 12 pin cushion designs. 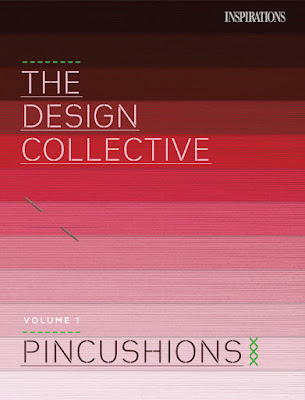 After being lazy this week, I walked today. I was not happy with my brownies. It was a brownie mix but I used canola oil in it.  I can taste that oil and it is yucky.  Now I want to try my own homemade recipe. It calls for butter instead of oil.
A