The second day of the conference was very similar to the first.  We had lectures in the morning and workshops in the afternoon.  I noticed several things about the lectures.  The boring lectures were when the lecturer read directly from her thesis.  Most of the lecturers started out stating about four or five points she intended to talk about.  The best lecturers were enthusiastic about the subject, and did not read from text but just spoke.  Two of the lecturers were from the UK and both talked instead of reading.  They were really enjoyable.  One lecturer went significantly over the time limit.  Unfortunately she was one of the thesis readers.  Ugh.  We all just wanted to go to lunch.  I clapped enthusiastically when she was done, I was so glad it was over!  I very much enjoyed hearing about May Morris as I am a fan of William Morris designs.  I learned a lot about some significant American embroidery pioneers that I hadn't heard of before.
Lunch was a buffet with a nice selection including a chicken dish and more cookies.  I ate quickly since I wanted to see the exhibit on embroidery at the museum before the workshops started.  I am proud to say that I never took the shuttle between the visitor's center and the museum, I always walked so I could get some steps in. 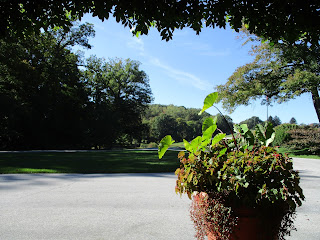 The exhibit seemed sort of small but very interesting.  I also stopped off at the museum store to look for a souvenir.  I spotted a delft mug that I liked.  I knew I would have to carry home so it would get broken. 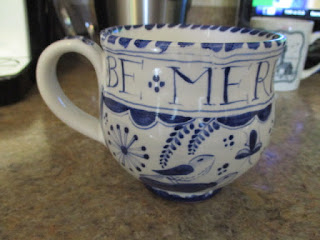 The workshop in the afternoon began with Tricia's class.  I was ready to cut the threads and begin the fancy stitching. 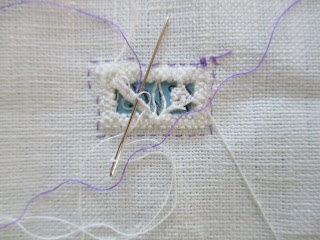 I learned several things.  We set up a sort of scaffolding for the Venetian stitch.  I admit I didn't really remember how to do it.  Amy Mitten's step by step usually gets me through it in her kits.  But there were very good photos and instructions in Tricia's kit.  My first attempt looked very messy but I think I can do it. 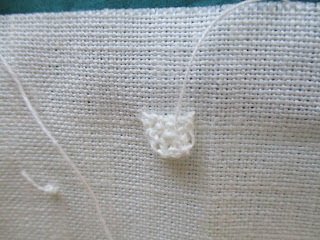 I especially wanted to know how to do a picot.  I think I understand how to do one now.  Yesterday I wasn't sure I could tackle such a challenging design but today I think I can.  And that is half the battle.  I didn't realize that the design is reversible.  I don't think I'll stitch it that way though.  I brought my trinket box to show Tricia and she even took photos f it and said it was cute! 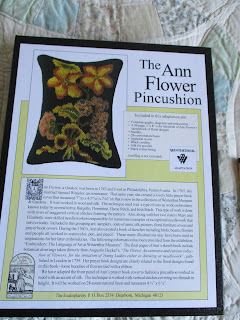 Until I saw the kit, I didn't know what the design was.  I only knew it was based on a book cover that I thought was pretty.  It is worked on 28 count linen but with wool and in a brick stitch that looks bargello like. 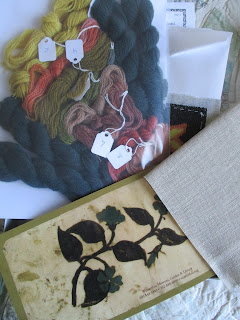 Joanne had a slide presentation as well. 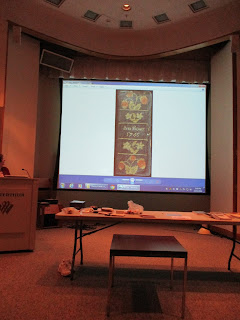 There were museum pieces utilizing bargello for us to see. 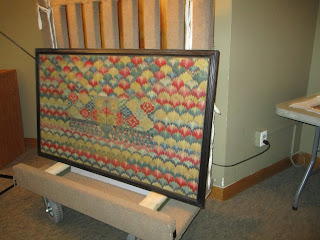 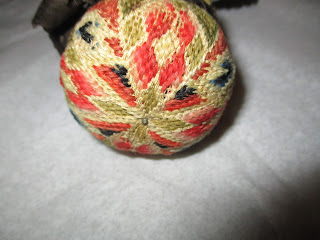 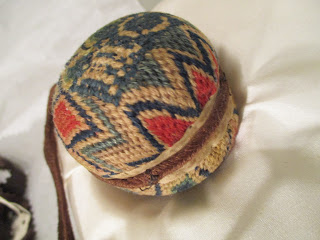 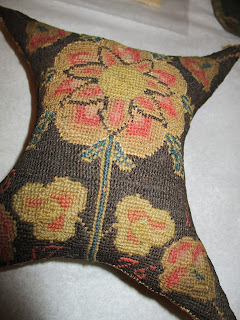 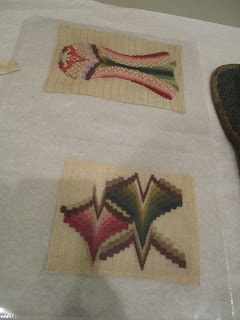 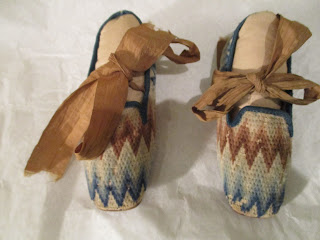 Joanne prefers the term "embroidery" as opposed to "stitching" and "assemblage"  instead of "kit".  She worked for many years at the Ford Museum.
After this workshop, the conference was over.  Wow, it went so fast.  I drove back to the hotel.  Why Matilda takes me this back way with narrow roads and hills, I don't know.  But I made it!  My friends have invited me to go to dinner with them tonight.  We are going to an Italian place called Arugula.  I am not so fond of arugula so I'm hoping there are good choices.  We get picked up by an Uber driver.  He has a Jeep of some kind that is a challenge for four older ladies to climb into.  We need somebody to give us a boost.  The restaurant is very good and authentic Italian.  I have risotto balls, crab and shrimp pasta. and some cherry cream concoction for dessert.  It was all very good.  It was the best meal this trip.  What fun we had!
I go home tomorrow.
A
Posted by A at 11:18 AM